The model represents zoonotic spillover with a Poisson process driven by spatially variable rates accounting for population, coverage, and environmental factors. It represents an urban transmission cycle with a branching process driven by spillover and with SIR dynamics in the event of a large outbreak. The model previously focused on South America, and has recently been extended to focus on Africa too.

A generalised linear model was fitted to locations of reported yellow fever outbreaks or cases with anthropogenic and environmental covariates generating a risk map for yellow fever across Africa. It was then compared to the available serological data, primarily from central and eastern Africa, to assess the country-specific scale of under-reporting and obtain absolute estimates of transmission intensity in terms of a static force of infection or a basic reproduction number in a dynamical model, taking into account the population-level vaccination coverage through time. Burden and vaccine impact estimates were then generated by combining the transmission intensity with demographic information (population size and age distribution) and observed and hypothetical vaccination coverages in any given location and year. 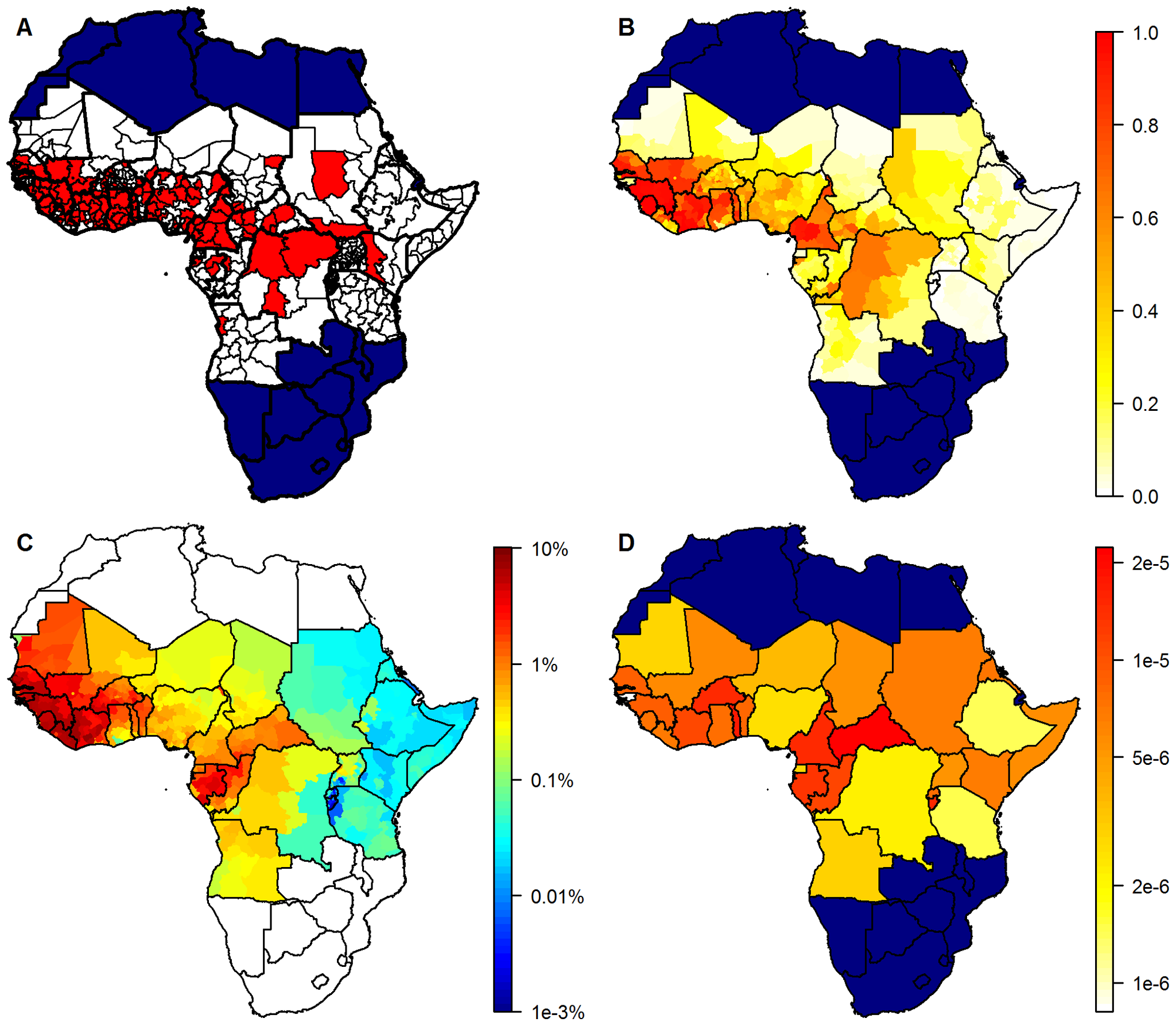 (B) Model predictions giving the estimated probability of at least one yellow fever report.

(C) Estimates of the annual force of infection at the province level in the 32 countries considered endemic for yellow fever.

(D) Estimates of the country-specific detection probability per infection.

Countries not considered endemic for yellow fever are shown in navy (A, B, and D) or white (C).