The Consortium secretariat leads the development of “Montagu”, a web-based delivery platform used to streamline the process of data exchange between the modelling groups and the funders. Specifically, Montagu enables easy access to the standardised input data used by the modelling groups and subsequently generated outputs used by the funders. Montagu also hosts documentation of the models, raw results, and data inputs, and will eventually provide new tools for data visualisation and analyses.

Montagu aims to improve consistency between the Consortium models and offer greater accuracy through testing of uploaded vaccine impact estimates for completeness and broad numerical quality. It enhances general security and communication within the Consortium as it provides a centralised upload and download point. Overall, the software will bring a higher level of automation to the estimates generation process and reduce workloads for the modelling groups while offering greater assurances and transparency to the funders.

Montagu development commenced in early 2017 as an open source project using Agile methods with the code stored here. Access to Montagu is currently restricted to the Consortium members and funders only.

Naming of the delivery platform

The delivery platform was named after Lady Mary Wortley Montagu, the daughter of the Duke of Kingston, who introduced the practice of variolation against smallpox to England in 1718. Variolation or inoculation was the method used to protect individuals against smallpox before the immunisation technique was developed. The patient was injected with material taken from a recently infected individual in the hope that a mild infection would result and protect them from more severe form of disease.

Lady Montagu secretly married Edward Wortley Montagu in 1712 and accompanied him on his mission to Constantinople as ambassador in 1716. A victim of smallpox which left her badly marked, she had her son inoculated against the disease at the age of four in Turkey and introduced the practice to England on her return home in 1718. In later years, Edward Jenner, who was 13 years old when Lady Mary died, developed the much safer technique of vaccination using cowpox instead of smallpox. As vaccination gained acceptance, inoculation gradually fell out of favour. 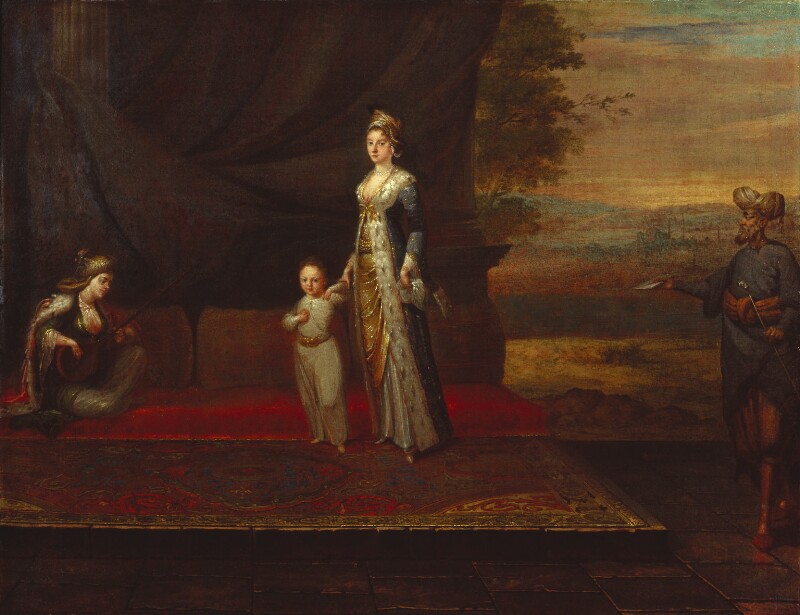